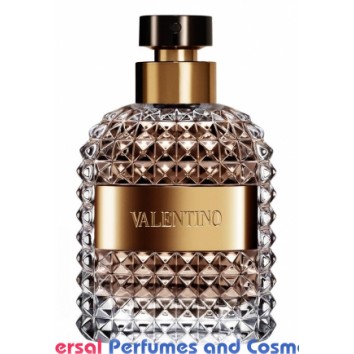 Valentino and Puig are launching a new fragrance for men for the house of Valentino, and it has been promoted recently in sunny Venice. The idea was to create a fragrance that would be a classic of the future, aiming at men who strive for classics and like casual style. They select top quality for themselves – as announced by the brand. Valentino Uomo is closely connected with fashion collection Valentino, so Rome was an excellent choice for advertising campaign of the new perfume.

Perfumer Olivier Polge has signed the new creation for Valentino and created it with a traditional pyramidal concept (top, heart, base), where woody notes in the base are particularly highlighted in this edition. The composition opens with bergamot and myrtle, succeeded in the heart by roasted coffee combined with gianduja cream, on a rich base created of cedar and precious leather.

Valentino Uomo arrives on the market in the beginning of 2014 in Europe, Russia and the Middle East, while in 2015 it will be available in Asia, Latin and North America. Advertising face of Valentino Uomo is French actor Louis Garrelm, video advertisement is directed by Johan Renck, while photos were taken by David Sims.