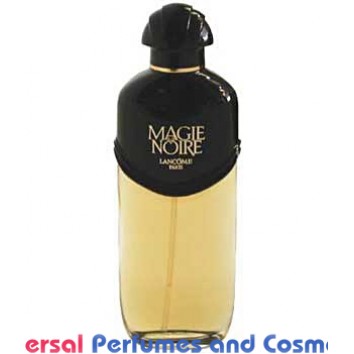 Magie Noire, means ‘black magic’ in French, is a classic fragrance from the house of Lancome, launched in 1978. Magie Noir has a unique composition; which doesn’t follow the classical top note, middle note and base note development. It resembles a figure eight; it opens and fully revelas its character while the direction of its development suddenly changes, it stars to move in reverse direction. in which the fully revealed fragrance curves into a surprising change, reverses direction, so that the it would go back to where it started. It is one of the most bewitching oriental fragrances. This exoctic bouquet starts with Bulgarian rose blackcurrant buds. Its heart the jasmine flame burns blended with ylang-ylang, amber and incense. The nose behind this fragrance is Gerard Goupy.