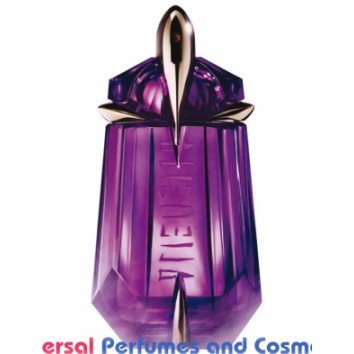 Alien spreads a aura, and it claims the right to that already by its name. Thirteen years after the huge success of Angel, Thierry Mugler has decided to challenge the perfumery world once again.

Alien is a magic elixir captured in a bottle in the shape of a strange object, reminiscent of a philosophers’ stone or some warlock object of a deep and mysterious purple color. Its woman has to be a bit of a witch.

The creators of Alien based the composition on three main lines: warm white amber in the base, woodsy notes in the heart, and sunny Indian jasmine in the top.

Alien was launched in 2005. Alien was created by Dominique Ropion and Laurent Bruyere.